Between Empire and Infinitely Polar Bear, bipolar disorder seems to be having a moment in popular culture right now…which is awesome! As a graduate student in the early 1990s, I was taught about stigma associated with mental health issues. Hopefully, people with bipolar disorder and their family and friends will see themselves in these portrayals and won’t be afraid to share their stories or seek support.  And, perhaps, others who appreciate these portrayals will be even more supportive of people and communities facing these challenges. No stigma allowed!

In “‘Infinitely Polar Bear’ Finds Truth in a Manic Mind,” Stephanie Zacharek of The Village Voice does a great job of reviewing the movie Infinitely Polar Bear, a semi-autobiographical debut film by writer-director Maya Forbes. I appreciate that Stephanie admires the portrayals and notes where they may not be completely realistic. Stephanie ends her review with this:

But nothing is the end of the world in Infinitely Polar Bear (which gets its title from Faith’s confusion about the term “bipolar disorder”). No one escapes from this rocky family wilderness unscathed — but no one is irreparably damaged, either. In our own era, where so many parents seem to want to shield their kids not just from the world at large but from intense or complicated feelings, Infinitely Polar Bearstands as a reassurance that even in imperfect households, everything can still turn out all right. The key, maybe, is in laughing at what’s truly ridiculous, and in laughing your way through what hurts, too.

What Stephanie doesn’t include in her review are links to more information about bipolar disorder and its treatment. If you were inspired by this movie or the television show Empire (which features a character with bipolar disorder), you can start your search for an even better understanding of this illness or for support with these resources.

“Expert clarifies misperceptions and myths about bipolar disorder”
by The American Psychological Association, 2012

“Bipolar Treatment and Health Insurance”
by Diana Rodriguez at EverydayHealth.com, 2010

“What is Bipolar Disorder?” (including causes, treatments and where to get help)
by National Institute of Mental Health 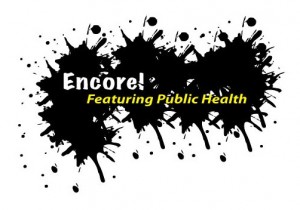